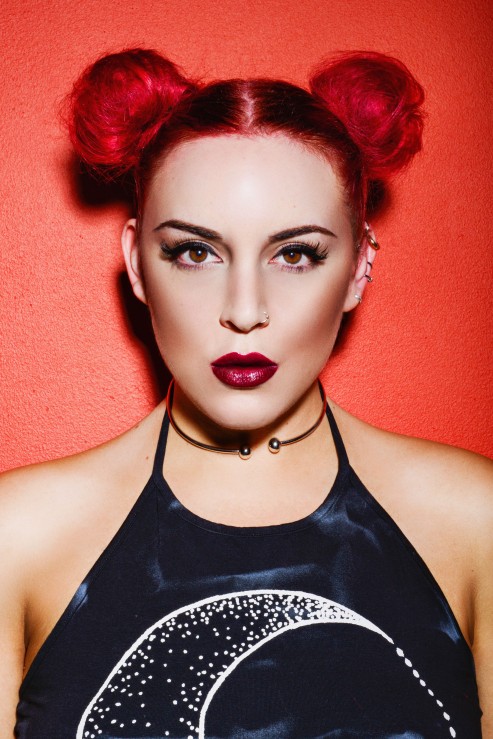 A huge fan, Head of Absolute Radio James Curran had this to say following a recent blockbusting performance at Hard Rock Rising in London:

“By far the best female vocal we have seen in this competition!”

BBC Introducing Oxford have debuted Cruel Love already with DJ Dave Gilyeat saying “this track should be in the charts”! Add to that Kat Orman of BBC Oxford labelling her ‘One To Watch’ in 2015 and the stars are aligning for Scarlet Baxter.

Single ‘Cruel Love’, released on July 20th, will no doubt continue to win over fans with its superb production values and slick pop sound:

“Scarlet has no fear and has clear goals to make 2015 her year” – Mark Boardman (Music Journalist).

Described by Cigarette Sounds as “the next woman of pop”, Scarlet Baxter’s rise has been meteoric. Working consistently in a tight knit team with talented guitarist Dominic Ireland and co-writers, John McLaughlin, Judd Mahoney & Natalie DeLucia, Scarlet has derived an entire catalogue of original material in only a year. The team specialise in catchy, radio ready tunes with genuine feel good factor – as proven by excellent previous singles ‘Backsliding’, ‘Stuck’ and ‘Down With It’.