After signing an international distribution deal and getting signed to Blackstream Records, These Raven Skies created their own record label which will see the release of their debut self-titled album out August 1st. 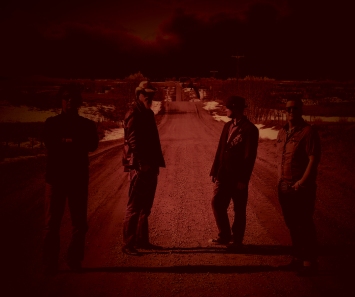 Booze? This trippy collection of track would fit a crazy coloured drink like a WKD Alcopop.

The creepy and sinister sound of this album gets you going. There live sound is raw and frantic with a darker twist that envelopes your attentions and draws you deeper into the more malevolent side of this set.

Suburban Myth Welcome you to take a listen to their new Single!

Review: The kick of this spirit combined with the energetic buzz of the Redbull would compliment this energetic power ballad brilliantly