Come forth, and cup your ears! Draped behind the curtains that blur the lines between obscurity and grandeur, you may begin to hear something emanating from the shadows. Stumble further and you may find your soul drawn deeper into the world of the mesmeric and magnificent, as you’re standing in attendance for the matinee of Alice’s Night Circus.

Julia Scott first announced her presence under the Alice pseudonym at the world’s largest and longest running Steampunk festival called The Asylum in Lincoln, where she now resides. From here she looks to flourish and encapsulate all that’s operatic and engaging. Furthermore, she’ll appear as herself and Alice as part of Gary Nicholls’ Imaginarium trilogy – an extravagant photography project centred on all things Steampunk.

Every note has been draped delicately around the show’s undoubted centrepiece, which are the vocals themselves. Having received classical training as child, Alice’s style encompasses all that exceptionally grand in its engaging performance.  Personifying its inspiration for the theatrical, a haunting echo hypnotises your attention towards levels of heightened captivation.

While a crooked waltz rhythm leads your hand down a darker path, it’s easy to draw perverted comparisons with Kate Bush and Florence and the Machine, but, unignorably, only while being handed candyfloss by an upside-down clown.  The traditional circus ambience of the sonic experience is one that is as equally compelling to imagine visually.

One can only assume a suitable accompaniment being a snow cone drizzled in Absinthe and dry ice – a little number to take the edge off. 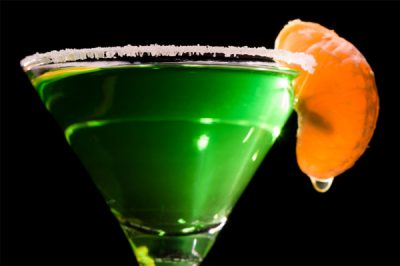 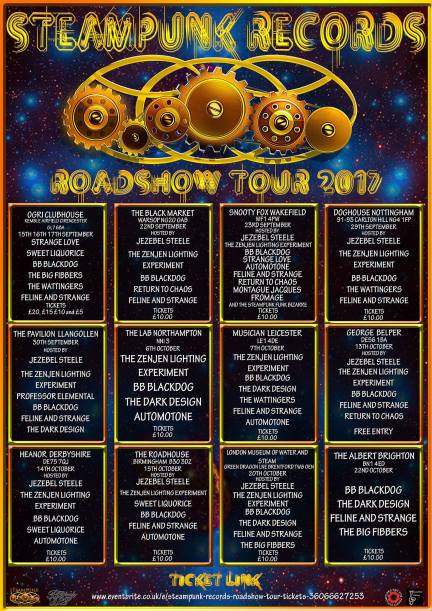 Steampunk Record Label tour is now fully underway and there’s still chance to catch a huge array of cyber Victorian talent near you. Drawing on influences as varied as cabaret, classical, punk and, most especially, the exploding Steampunk scene, their live shows are a maelstrom of sonic and visual drama, with audiences as likely to be turning heads as much as the band themselves.

Feline & Strange has embraced the Victorian/Futuristic fashion ethic and infused it into not only their appearance but also their sound. The alien troubadours, masquerading as dapper Berliners to human eyes, combine ear-chilling vocals with an electronic collapsible cello to deliver dizzying supernatural sounds and otherworldly goings-on. Having toured extensively around the world, including, inevitably, the Steampunk World Fair. Their latest album, Out, will be accompanied by a UK-exclusive box-set in September.

Skeletal gutter-blues three-piece The Wattingers take their inspiration from the American Gothic simmer of films like Texas Chain Saw Massacre and Night of the Hunter; the surreal and oozing worlds of Alejandro Jodorowsky; and the unhinged brutality of bands like The Birthday Party and The Butthole Surfers, whilst retaining the wry humour of Screamin’ Jay Hawkins
Links
http://karaokenoir.wixsite.com/the-wattingers
https://vimeo.com/thewattingers
https://www.facebook.com/thewattingers/

The Dark Design occupy a musical space somewhere between Jeff Wayne’s War of the Worlds and the Sisters of Mercy, combing rock-opera, theatre and murky secret societies, though that still tells only part of the story. Many of the Dark Design’s members are actually fully-functioning automata including the self-propelled autoglock, and their robotic drum-kit. They also play a variety of weird and esoteric instruments including hurdy-gurdy and the tubitar – yep, that’s a hybrid of a guitar and a tuba.
Link

…and not forgetting, the vivacious compère, Jezebel Steele

Encouraging their fans to dress in similar Steampunk attire to themselves, this is the first glimpse of the Steampunk musical onslaught. Remember to raid their merchandise stall for musical treats too!
Also appearing on the tour will be:  Sweet liquorice; The Big Fibbers; Automotone;
; Return to Chaos