Space rock then. There can’t be many bands that have, on the surface, defined a time, a place and a level of inebriation than Hawkwind, yet it is largely their influence which has led to the emergence of Satellite Ravens. The tie-dyed heartbeat which thrums through their music is all oil on lightbulbs and whooshing guitar effects, a technique which has never entirely disappeared for reasons both musical and otherwise (none of which we condone, obv). Every decade has had their own take on the style, from Spacemen 3 in the 90s to Monster Magnet to Flaming Lips to, more recently, Comets on Fire. Satellite Ravens have an extra twist in that lead Raven (indeed, most of the time, only Raven) is primarily a bassist, meaning that the psychedlic stew is bolstered by a very pleasing funk flavour.

For drinking purposes, though mescal infusions would seem apt on the surface, we can’t miss the opportunity to mention Space Rock Pale Ale which promises nuggets of alien technology. 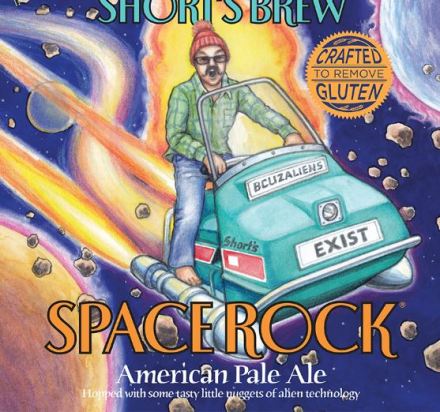