This year’s Edinburgh Festival is nearly upon us, a time when going to see the right act at the right time is a fine art. In a rather Sex Pistols fashion, people will tell you they were the first to see such-and-such an act before they were famous in a miniscule venue, whereas, if everyone had been there, a 300-seat venue would have had tens of thousands in the audience. We therefore have a duty to give you advance warning of one act appearing this year, No-Ce.

No-Ce is Celine Nordegg and her band, an Austrian-based collective who don’t take the easy route to getting under your skin. A mixture of jazz, chanson and rock, it veers from the sound of smokey Paris coffee bars in 1957 to modern day hipster-swing hang-outs. Language is not an issue, quite frankly she could be saying something terrible about our grandma and we’d still listen.

Where going to stick with the traditional here, as schnapps feels exactly like the kind of thing you should be quaffing along with your listening experience.

Wartoad have been making the rounds with the release of their brand new track ‘I alone can fix it’.

With a brand new album on the way and all the while achieving what they do, living separately around the world must be insanely difficult, how they get things decided together, i do not know, they must have great Skype connection!

So, whether you’ve guessed it or not, the preferred beverage would be something green, an apple Sourz, or perhaps something with a bit more of a kick, or punch…Jagermeister. The perfect choices of drink to chug while rocking out like punks!

Be sure to check out the politically charged, punk fueled jab at Donald Trump, out now:

As the nights draw in and the opportunities for settling back in the rocking chair with a glass in one hand and the gramophone needle in the other grow, we’re finding ourselves more inclined towards the soothing storytelling, as opposed to the death metal we occasionally happen upon.

Praise due then for Julia Mascetti, a harpist in the Joanna Newsom mould but with the added strings attached, if you like, of being a Brit abroad – in Tokyo, no less. As well as being a prolific blogger, she has grown an audience of local music fans who have been attracted like moths to an open fridge to her shadowy indie folk world of longing and warnings, combining her harp prowess with local musicians playing Japanese instruments. It’s a combination which is both creepy and invigorating and with a sudden thirst for mead. That’s why it says mead in the title. Here’s a picture of some mead, some places to find Julia and a video. Chin-chin. 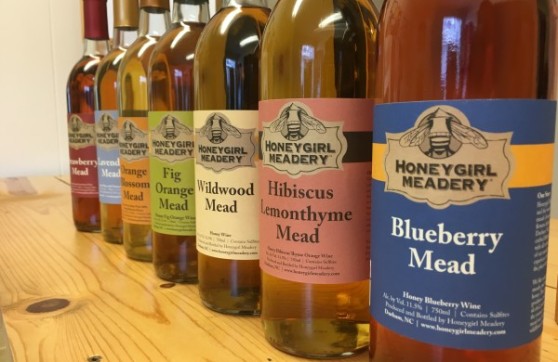 We’re delighted to add grappa to our list of beverages to enjoy music to, not least because it gives us the opportunity to push Johann Sebastian Punk into the spotlight. 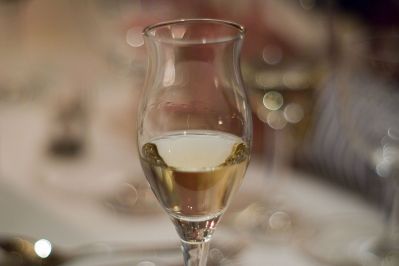 Since 2013, Johann has been aggravating the Italian music scene cognoscenti (and anyone else in his way) as he embarked on a determined campaign to bring his remarkable personae and music to an audience being spoon-fed plastic sound. It wasn’t an immediate success. In fact, it wasn’t much of a success even after the immediate lack of action had passed. Although supported by a loyal band of fans in his home country, there was no way the Italian media were going to stand for his unconventional look and sound, both of which apparently change with the weather – often during the same day.

So, he was launched his latest album, Phoney Music Entertainment, to a much larger audience, specifically targeting the UK, a place renowned for taking rebels, waifs and strays under its wing and nurturing their wayward talent. We’re not sure if Johann needs nurturing, his album sounding so robustly confident, that if anything it’s us that need gentle encouragement. Although portraying himself as something of a court jester, Johann is actually on a serious mission to get audiences to demand more of their “pop stars”, both in terms of material and as artists. We readily accept appalling music as either a joke or a trivial annoyance, but in truth, it’s grating and mood-adjusting for us and depriving musicians of genuine talent and worth the airtime and platform they desperately crave.

Phoney Music Entertainment sees Johann honing his technique (this is his second release) yet drifting from the shoulder-shrugging classic pop of “Tragedy” to the quasi-disco squelch of “The Quintessential” – none of it should really work together but it does – primarily because we’re programmed to accept rock/ballad/rock as a template that has to be stuck to. It’s a quite marvellous record, full of joy but at the same time making us feel somewhat gloomy that this is but a sparkling raindrop in a somewhat sorry puddle. But the album and do your bit.

Lambert has been successfully performing in the UK, recently he took time out to banter with the crowd, he started off with practicing his British cockney accent.

He said: “Yeah! You al’ righ’? – That’s all I’ve got. My British accent is bullshit. It’s awful but I’m going to keep trying and do it and by the end of the night you’ll be like ‘Oh Gawd, he’s tawkin’ li’ us again’.

“That’s actually my problem, with trying to do British dialects, is that I can’t tell them apart. There’s so many, and they’re all so cool. I really like being here, I feel like, it’s like being on safari or something.

“You guys having fun? Thank you so much for seling out this mother fucker. I actually don’t know if we’re sold out so, I hope that was right. It looks like we are and we all want tequila!

“I love tequila. I’m not an alcoholic, I’m an alcohol enthusiast. I’m a big fan!

Singer Florence Welch, of Florence + The Machine fame, has revealed that writing her last album was made a lot easier by stopping drinking alcohol.

When asked to recall the best piece of advice she had ever received, she explained that the suggestion of cutting out alcohol went well:

“When I got off tour a few years ago, I tried to keep living as I had been. You want to keep the party going, but you’re just in your own house. I was like, “Oh, my life is in chaos, and my relationships are so messed up. What am I doing?” A friend said, “Why don’t you try not drinking for a while – see what happens?” [Laughs] I was willing to try anything at that point. It definitely helped me write my last record.”

Welch also confessed that she feels less stressed when she’s on tour than she does at home: “When you’re on the road, you’re like, “Oh, my God, touring is so stressful.” Then you come back and struggle to fit in all these things that you miss from normal life – seeing friends, seeing my mom.”

She added: “You’ve got to do your own laundry, too, and I can even stress myself out about getting enough rest. By the time I have to leave again, I kind of want to get back on tour, because I can finally relax.”

Get your disco moves out for this new groovy summer track!

It’s a finger clicking positive funky tune that would slip down nicely with a refreshing margarita – don’t forget your lime!

Errol Kennedy is the producer of You Can Be (All You Want To Be) and it’s an irresistible dance hit! I’m going to be listening to this all summer long…

If you’re lucky enough to get a ticket then catch Errol in Camden at the Forge in June.

The rapper started writing music 10 years ago, his debut album ‘When Idols Become Rivals’ dropping a couple years back, receiving much praise from fans.

With a new LP in the works, J plans to slowly drip-feed us a new track each month, ‘Wreckless’ being the first taster. It comes accompanied by some vibrant action-packed visuals.

Check the video out here: https://www.youtube.com/watch?v=eJkYnP8iU4g

J has previously worked with artists such as K Koke and Little Mix vocalist Megan Cotton. He also has experience as an actor and has appeared in Eastenders, The Bill and a number of short films.

On top of music, J Keys is also heavily involved with personal training and kickboxing: ‘If I’m not at the studio, I’m at the gym!’

The single ‘Wreckless’ is out May 25th

The brainchild and alter-ego of James Machin, Derbyshire-based Grawl!x has announced the forthcoming release of his brand new album, Aye! (out May 28th) and shared mesmerising new single, ‘Pando’. ‘Pando‘ is an explosion of sun-drenched colour – with layered guitars, jumping pop beats and yearning vocals, the track was written as an ode to an elusive person that Machin had not heard from in a long time.

Recorded over months of disjointed sessions in various bedrooms and spaces, and featuring vocals and instrumentation by Haiku Salut, Grawl!x’s hypnotic experimental dream-pop album recalls Dan Deacon and Animal Collective at their finest.

Truly captivating; swells of psychedelic guitars accompany layers of distant voices, and hazy, hypnotic drums – stylistically reminiscent of Panda Bear and, in parts, Alt-J. The album theme was derived from a concept taken from the Kubler-Ross model of the five stages of dealing with grief, with Aye! (the third album in a trilogy) exploring the final stage – acceptance.

Aye! was written over the course of a number of months in an almost abandoned church on a hill in the Derbyshire countryside. Machin would walk to the church in all weathers, never encountering another soul there. Machin explains: “Inside that rather foreboding structure is an old upright piano, displaying a laminated sheet of paper with the words ‘This Piano was Meant to be Played’. So he did, regularly.

This inspired the concept of an entire church tour – with a full band, Grawl!x played numerous tour dates in some of the UK’s most beautiful churches, bringing audiences Machin’s melodic creations as they were originally intended. 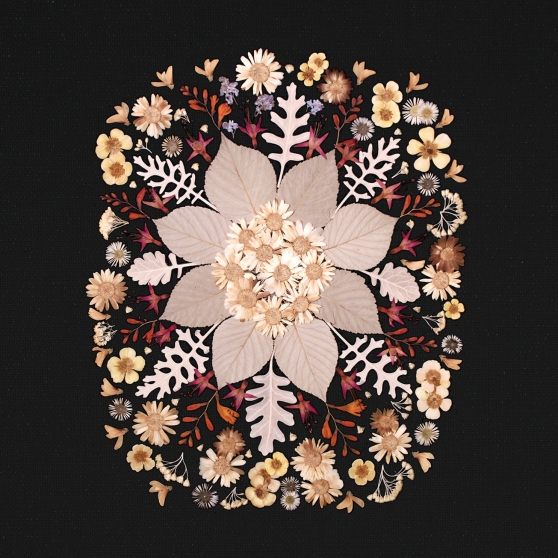 The record’s lyrical themes centre around an unfortunate incident involving a mysterious ‘friend’ of the ex-My Psychoanalyst singer and guitarist. Speaking about these themes, Machin said: “Whereas my response to that would have been to mope around, his was to say ‘YES’ to whatever came his way. An affirmative attitude, that I admired.”

Hence whilst reflections on such dark subjects might in other hands have produced something grim and mawkish, out of grief Machin has wrought songs of beauty and wonder. The multi-instrumentalist played and recorded all of the instruments on Aye!, keen to create an album of two parts – a dream-pop A side and a slicker, electronic B side. Experimental soundscape ‘Compliance’ serves to mark this divide, and signpost a turning point in the album. This is a record about coping with the aftermath of grief – and how life goes on. It’s there in the haunting ‘Destination’ and the cyclical ‘Circadian Riddim’, laden as they are with drum machines and spacey synths.

The music James Machin makes as Grawl!x (pronounced ‘Grawlix’- a term used in comic book circles to refer to the ampersands and hash-tags used when a character is using profane language) is gentle and spacious, but with a deep well of feeling that often rises up out of nowhere to take over. This can be joyous, riveting, sometimes even terrifying.

Aye! starts out with simple piano and a string quartet arrangement, a gentle opening that acts as a sort of ‘reset’ button on your world, readying you for the 9 tracks that follow.

Machin will be touring with Grawl!x – full band – in June. Details to follow.